Bristol Rovers manager Joey Barton has rejected transfer rumours linking him with the vacant managerial job at Premier League side Burnley. Joey Barton addressed the reports of a move to Bristol Rovers on BBC Radio Bristol this week as he revealed that he’s happy with his newly promoted League One outfit. 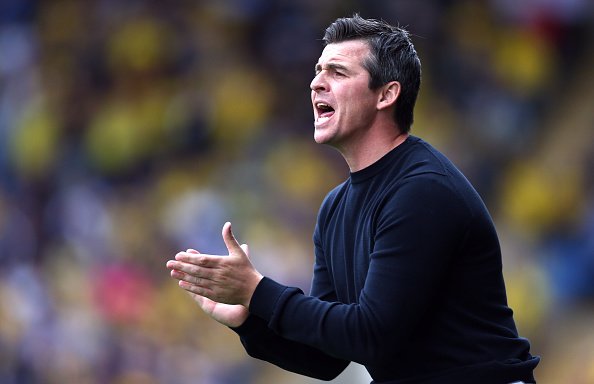 Ex-Manchester City and Newcastle United star Barton is one of the bookmakers’ favourites to take the Burnley job on a permanent basis. Alongside former Burnley player Joey Barton, the likes of SlavenBilic and Manchester City legend Vincent Kompany are also in the running for the managerial job at Turf Moor.

Burnley are looking for a new permanent manager after Sean Dyche was relieved of his duties at the end of March. He had spent almost a decade at Burnley before being sacked this season. Interim manager Mike Jackson was placed in charge of the Burnley first team shortly after the dismissal of Dyche and he went on a run of four games without a defeat. Jackson led Burnley to three wins and a draw from his first four games in charge of the team. The four-match unbeaten run ended with the 3-1 home loss to Aston Villa courtesy the goals from the likes of Ollie Watkins, Danny Ings and Emiliano Buendia, while Burnley scored through Ivorian international Maxwel Cornet on the stroke of fulltime.The 1-0 loss at Tottenham Hotspur last week Saturday made it two straight league defeats before losing run was stopped with the 1-1 draw at the home of Aston Villa on Thursday.